More than 14 million people are diagnosed with cancer each year and more than 8 million of those die. Indeed, it is evident that a revolution in terms of cancer treatment is gravely needed. One field which potentially holds great promise is immuno-oncology (IO). IO therapies aim to induce or enhance the immune system to fight cancer.

I was fortunate to speak with Robert and discuss the trends of immuno-oncology and how MedImmune are leading the charge. 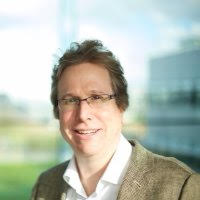 Robert Wilkinson is Director of Oncology Research at MedImmune, the global biologics research and development arm of AstraZeneca. Based in Cambridge, his group is charged with the generation and delivery of new candidate biotherapeutics. His research focuses on immunotherapies, as well as tumour targeted therapies using the latest antibody and protein based strategies. Robert has over twenty years of experience in the biotech and pharmaceutical industries, in both small and large molecule cancer drug discovery, and translational science. Previously he has held senior leadership roles within AstraZeneca and Cancer Research Technology and has a strong track record in progressing pipeline projects and harnessing novel scientific approaches, technologies and directing multidisciplinary teams. Robert received his PhD in Experimental Immunology from The University of Birmingham and has co-authored over 60 publications in the field of drug discovery, immunology and cancer.

Question: What do you believe has driven this industry-wide push for immuno-oncology?

A few definitions are useful upfront. Immuno-oncology (IO) therapies are a group of treatments for cancer patients which enhance the ability of the immune system to attack their cancer. Ultimately, many of these therapies work by enhancing the ability of T-cells, the work horses of the immune system, to kill tumour cells. The first breakthrough in the IO field came from a group of monoclonal antibody-based therapies that “release the brakes” on T-cells. These therapies are often called ‘immune checkpoint blockade” (ICB) therapies.

To answer your question, the excitement around IO is driven by the extent of the positive encouraging patient clinical responses to these ICB therapies in previously untreatable cancer patient indications. Clinical responses to ICB therapy have been seen in populations of patients who historically responded poorly or transiently to the available standard of care therapies like surgery, chemotherapy, and radiotherapy. One such cancer where ICB therapies have had a major impact is melanoma (a kind of skin cancer), and particularly metastatic melanoma (where the cancer has spread to different sites in the body).

One factor that makes the IO field so exciting, is that when cancer patients do respond to ICB therapies, not only do their tumours shrink (regress), but in some instances their responses are long lasting (durable). Patients who show respond to ICB sometimes have responses lasting several years. This is quite different from the normal response to chemotherapy, where most patients will see tumor regression, but their response to treatment is often transient and their cancer will then grow back.

With all therapies, pros and cons exist. In terms of immuno-oncology, what are the cons and how will they be addressed?

One of the cons of IO therapy is that not all patients exhibit a durable, clinical response. In many cancer types, the response rate is around 10-20% when an immuno-oncology therapy is given as a monotherapy. Predicting which patients will benefit from IO therapies will be key to driving up responses and increasing accessibility. Significant collaborative efforts are ongoing between academia and industry to understand why some patients respond to IO therapies and others don’t. Translational studies analysing tumour biopsies from cancer patients before and after immuno-oncology therapy have been insightful. Interestingly, patients lacking T-cells in their tumour before treatment – so called ‘cold tumours’– tend to respond less favourably compared to patients with tumour infiltrated with T-cells before treatment – so called ‘hot tumours’. Several recent studies indicate that the overall number of mutations a cancer has may have a bearing on whether the cancer exhibits a cold or hot phenotype. However, this is a very complex area of science, and there are probably many more factors involved in driving IO response / non-response that remain to be discovered.
Whilst IO is changing the treatment paradigm in several types of cancers, some patients experience immune-mediated adverse events (imAEs). It is believed these adverse events arise from increased activity in the immune system and in many cases, they can be ameliorated by treatment with anti-inflammatory medicines, such corticosteroids. While imAEs can affect any organ or tissue, common imAEs include the gastrointestinal tract (colitis) and skin (dermatitis). Akin to the ongoing translational research to predict patients who will mount an effective anti-tumour response, there are significant efforts around safety biomarkers to identify patients who may be susceptible to imAEs and possibly not suitable for IO treatments.

MedImmune are performing exceptionally well with more than 130 biologics in R&D, and 50 products in development. What do you believe has been MedImmune’s most distinguished achievement thus far, and what product yet to come are you most excited for?

From an oncology perspective, in MedImmune and AstraZeneca we are very proud of the two recent FDA-approvals for the immune-checkpoint monoclonal antibody Durvalumab. Durvalumab recognises a molecule called PD-L1 which is frequently expressed on tumours and functions to ‘switch off’ T cells via a receptor on T cells called PD-1. Importantly, it takes many individuals and teams to develop a medicine. I’ve been personally privileged to contribute to the development of Durvalumab from an early start within the project.

Multiple immunotherapies, developed by many different companies, treating a broad range of cancers are receiving regulatory approval. Where do MedImmune’s technologies stand in the future?

I believe MedImmune is well placed for the future, as the company has invested in a range of different therapeutic platforms. I think it’s important to understand how you want to modulate a target in a disease setting, and then try to match that with a therapeutic platform. In some instances, it may be appropriate to use a monoclonal antibody whilst in other circumstances it may be appropriate to hit more than one target simultaneous and so a bi-specific antibody may be better suited to the job. In other instances, an oncolytic virus which can directly kill tumours and stimulate an immune response might be the way forward – for instance to convert a cold tumour to a hot tumour phenotype.

I think it’s key to understand the science behind why some patients respond whilst other don’t to immunotherapy. Cancer is a heterogenous disease and some cancer types exhibit certain features which render them more suitable to IO therapy than others. Clearly, we see the different immune phenotypes of hot and cold tumours but understanding what the mechanisms are behind these phenotypes is paramount – be that genetic factors, a patient’s immune status or whatever other aspects of the biology.

Looking to the future, a key objective will be identifying the best combination therapies to bring the benefits of IO to more patients. ICB therapies are being combined with other IO therapies to heat up tumours and improve the presentation of tumour antigens. ICB therapies are also being combined with standard of care chemo- or radiotherapy. An example of this I suppose, is the recent approval of Durvalumab in unresectable stage III non small cell lung cancer (NSCLC). In this disease setting, durvalumab is given to patients after they finish a course of chemo- and radiotherapy treatment.

More personalised approaches in the IO field have the potential to advance responses in some cancer types. Here I am thinking about adoptive cell transfer (ACT) therapies, which involve extracting a patient’s T cells and genetically modifying them to recognise specific tumour antigens, then infusing then back into the patient. Another area showing promise, is the use of personalised cancer vaccines which aim to induce specific immune responses in a patient to their tumor mutations (neoantigens).

I think there are also clearly major advances taking place in the biomarker field. There are some exciting developments in the types of biomarkers we can investigate to understand what is happening in tumour biopsies. Beyond that, the ability to predict responses to therapy using novel biomarkers measurable in the blood (like circulating tumor DNA) could be great for patients, reducing the need for invasive tumor biopsies.

A number of the attendees at the Innovation Forum’s Immuno-oncology event were early stage researchers – PhDs and PostDocs – hoping to pursue a career in industry. From your experience, what advice would you give to thrive in R&D; what skills do you need?

Passion for science is number one! A strong drive to challenge current paradigms of how we treat patients. Resilience, for instance, to be able to pick yourself up if an experiment hasn’t worked and to try it again.

R&D in pharma functions on teamwork. To thrive, one needs to be transparent and share a willingness to help others on the project – that’s a key feature. Sometimes when you’re doing your PhD you might be the only person working on that topic in the lab, or in that research section of a medical institution. That’s probably different to how it is in pharma, you’ve got multi-skilled teams, and everybody has a role to play – so really honing up those teamwork skills is critical.

In order to comment you need to be part of Inno-Forum. If you’re already a member Log in or Register

We use cookies to ensure that we give you the best tailored experience on our website based on your preferences. By continuing to use our services, you are giving us your consent to use cookies. Learn more here.
I agree