After months of project development, the 8 Cambridge IMAGINE IF! local finalists pitched their science-based venture propositions to a panel of six judges for their chance to qualify for the global finale and to compete for a $4,000 cash prize sponsored by Venn Life Sciences.

To conclude the night FluidX claimed the position of local winner, with Neutrocheck claiming runner up. Ahead of the global final and Health Horizons  Future Healthcare Forum which will take place on June 26-27 2019 in Cambridge, UK, we had the opportunity to learn a little bit more about each of our IMAGINE IF! Cambridge representatives. 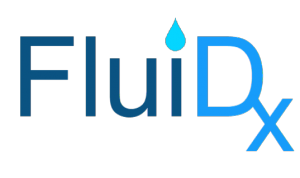 FluiDx: Early Detection is no longer a luxury

We are developing a low-cost drop-based microfluidics device to test for contamination in cell cultures. The technology allows for ultra-sensitive pathogen detection within 2 hours, and its multi-modality results in species-specific differentiation, overcoming traditional barriers in contamination screening. Our platform will be 1000x more sensitive than traditional PCR, and
costs only $0.25 to produce at scale. The speed, simplicity, and sensitivity of our technology will empower researchers to keep their hands and heads off cumbersome legacy technologies and on the experiments that will create the next generation medical innovation.

FluidX is made up of Seamus Caragher, Alex Warren and Neil Davey.

Visiting India each summer, Neil developed a keen interest in issues of access to healthcare technology in resource-limited settings. While a student at Harvard, he developed new microfluidic systems for early and rapid diagnosis of pathogens. He traveled to both Peru and India to conduct clinical studies of these low-cost devices for individuals with malaria. Neil hopes that FluiDx will harness the power of microfluidics to accelerate innovation and enhance the efficacy of biomanufacturing. Neil graduated magna cum laude from Harvard University with degrees in Applied Mathematics & Economics and Global Health & Health Policy. As a Gates Cambridge Scholar, he is currently pursuing an MPhil in Technology Policy.

We spoke with FluidX’s Seamus to learn more about our winning team.

Let’s start by talking about your project. Where did you get the idea behind FluidX from?

Working as research assistants, the three of us were often tasked with performing the culture contamination testing in our labs. The current process is very slow. In discussing Neil’s work producing low cost pathogen detection devices, we realized the great potential to apply that technology to culture testing.

What problem does it address?

Current testing kits are labor-intensive, often expensive, and only test for a single species of contaminant. A lab-based kit takes a minimum of five hours and often involves an hour of hands-on time from a research scientist. We believe that scientists are busy enough with their exciting experiments and should not have to dedicate so much time to this task. More resourced labs and companies often outsource their testing, which is very expensive and often takes several weeks. The delay caused by testing delays scientists to the detriment of patients in need. Conversations with academic researchers, start-up biotech companies, and large pharma R&D scientists have confirmed dissatisfaction with current testing technologies. Likewise, biomanufacturing firms, who utilize thousands of cell lines to produce biologic drugs like Humira, suffer from delays in production caused by current contamination testing. These delays can cause shortages of key biologic drugs.

What is your solution and how does it work?

Our playing-card sized device will be sold as a single-use testing kit and involves a few simple steps seamlessly integrated with existing laboratory infrastructure. First, a small amount of culture media is injected into the device using a hand-held pipette. The structure of the device causes the liquid to become encapsulated in 50 μm water-in-oil emulsions. Drop-based microfluidics partitions these emulsions into discrete reaction vesicles, preventing masking of infectious DNA by healthy cells and enabling unprecedented sensitivity. If present in a drop, pathogen-specific DNA will be amplified, which is then detected based on color change or fluorescence. These changes can then be quantified with a light or fluorescence microscope. Rather than using traditional amplification (PCR), which requires an expensive thermocycler, FluiDx employs isothermal amplification (LAMP) that occurs at a single temperature (60 °C) and can be performed rapidly (~30 minutes) on a battery-operated hot plate or in a traditional incubator.

How long have you been working on it?

Neil has been working on the underlying technology for the past 3 years. FluiDxLab has been in development for the last six months.

Why is your technology better than competitors?

Our competitors’ technologies require lots of engagement from scientists. They are time-intensive, delaying innovative scientific research. In addition, they only test for a single species of contaminant, despite the fact that a multitude of species can cause issues in cell culture facilities. We believe these technologies unnecessarily hinder scientific progress. Our product is simple to use, rapid, and highly sensitive. As one biotech scientist said to us, “if you build it, we will test it. If it works, we will buy it”.

On that note, who will buy this – who are your targeted customers?

The ideal customers for FluiDxLab are academic and industry researchers working with cell cultures, especially human cell lines. Our partners in device design and beta-testing are research labs from leading institutions like UCSF, the University of Glasgow, and Harvard.
FluiDxPro will aim to address the challenges of biomanufacturers. Our ideal customer segments in that space are biopharma companies, contract manufacturing and research organizations, and cell banks.

What impact are FluiDX trying to make?

The hope of the FluiDx team is that our product will make the lives of scientists easier, enabling them to focus their efforts on innovations that will shepherd the next generation of therapies to patients in need.

Does this have translatable benefits for patients?

Patients who currently receive biologic drugs to manage their health will benefit from increased assurance that the drugs they are utilizing are contamination free. In addition, the patients of tomorrow will be treated with better, more effective products created by scientists with more time and resources.

Talking about your team, how did team FluidX meet, and why do you as a team get on so well?

We met at Cambridge. Neil and I are both members of Pembroke College, while Alex and I are in the same program. After a few friendly conversations, it became apparent that the three of us were all interested in innovation and the potential for novel technologies to make real impact in people’s lives. When Neil described his exciting work developing microfluidic technologies for the detection of infectious diseases in low-resource contexts, the three of us realized that this technology has wide applications across a variety of fluids. Given our experiences working in life science laboratories, we identified the frustration surrounding currently technologies.

Why did you want to go in science?

Personally, I was incredibly lucky to have wonderful science teachers throughout my life. I’m a bit of an anomaly in my family by being interested in science and healthcare. I find working in science incredibly exciting. The thrill of a new hypothesis and the arduous process of discovering some small piece of biological puzzle keep me coming back to the bench, despite how frustrating it can be. The fact that working in science, beyond the personal fulfillment, also helps ensure a better life for people make it, in my mind, the perfect field to enter.

If you didn’t go into science, what would you have done?

My grandmother always suggested, only half-joking, that I should go into bartending. I’ve always been a chatty person and she thought a captive audience would be the best thing for me.

What entrepreneurial experiences have helped shaped you so far?

Our team has a mix of experiences that informs our work at FluiDx and drives our company strategy. First and foremost, we have all participated extensively in scientific research. Neil has expertise in infectious disease and microfluidic device design. Alex has worked in clinical and translational cancer research. My work has largely focused on understanding the brain in health and disease, in particular brain cancer.

What are your long-term career plans?

I will be returning to the United States to begin medical school. I hope to become a physician entrepreneur, working to ensure that the exciting work of the basic science community are translating into new and better options for patients in need. Our hope is that FluiDx, by reducing the time scientists spend on ensuring their cultures are contamination free, will help achieve this same goal and accelerate the next generation of discovery.

In order to comment you need to be part of Inno-Forum. If you’re already a member Log in or Register

We use cookies to ensure that we give you the best tailored experience on our website based on your preferences. By continuing to use our services, you are giving us your consent to use cookies. Learn more here.
I agree